If you are not going out of town this Labor Day weekend, consider sitting down to a good book or movie.

A few months ago, as I was perusing Netflix, I came across a BBC film called Philomena.

Philomena is the true story of a young Irish girl, forced to give up her young son, Anthony, to an American couple in Illinois.

Philomena never forgot her young son and searched for him for many years.

And, are you ready for this? Partial spoiler. She does find him, but not as she would have wanted.

I enjoyed this movie so much that I sought out the book by Martin Sixsmith.

What I found is that the book was even more riveting than the movie. 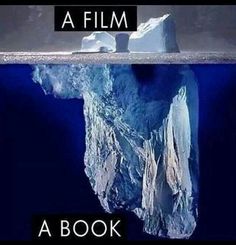 What book readers tend to find is that the book is almost always better than the movie.

But does that rule apply to religions too?

I was raised Catholic and then turned to the Protestant religion when I became an adult.

Kind of like the book and movie theory, Catholics stress a relationship with the mother while Protestant’s focus on the life of the son.

The reason I changed my religious path had nothing to do with religion. I changed because my husband wanted us to become one because that is what you do when you get married.

At the time, he was Protestant and I was Catholic. I found nothing about the Protestant religion appalling so I switched.

Many people who have experienced both religions have definite opinions on the subject. I enjoy them both.

I no longer practice the Catholic religion but I do follow it.

As followers of Christ, we have been forced by society to make a choice. The book or the movie? The mother or the son?

The Catholic traditions are compelling with their formality and the Protestant traditions I find captivating every time I open my Bible.

Like the old saying goes, “Don’t judge a book by it’s cover”, I would caution you to be the judge.

Jesus reminds us in Matthew 7:1 NIV, “Do not judge, or you too will be judged”.

As Paul said in Romans 12:2 NIV, “Do not conform to the pattern of this world, but be transformed by the renewing of your mind. Then you will be able to test and approve what God’s will is–his good, pleasing and perfect will”.

I have been lucky and have been able to see both sides of the cross. And I can truly say I have loved them both.

So when the topic comes up, “Catholic or Protestant?”, “Jewish or Muslim?”, I usually don’t have too much to say.

What I do say is follow God, not people.

Student of Theology at the University of Northwestern, St. Paul, Mn. View all posts by jmlarcom